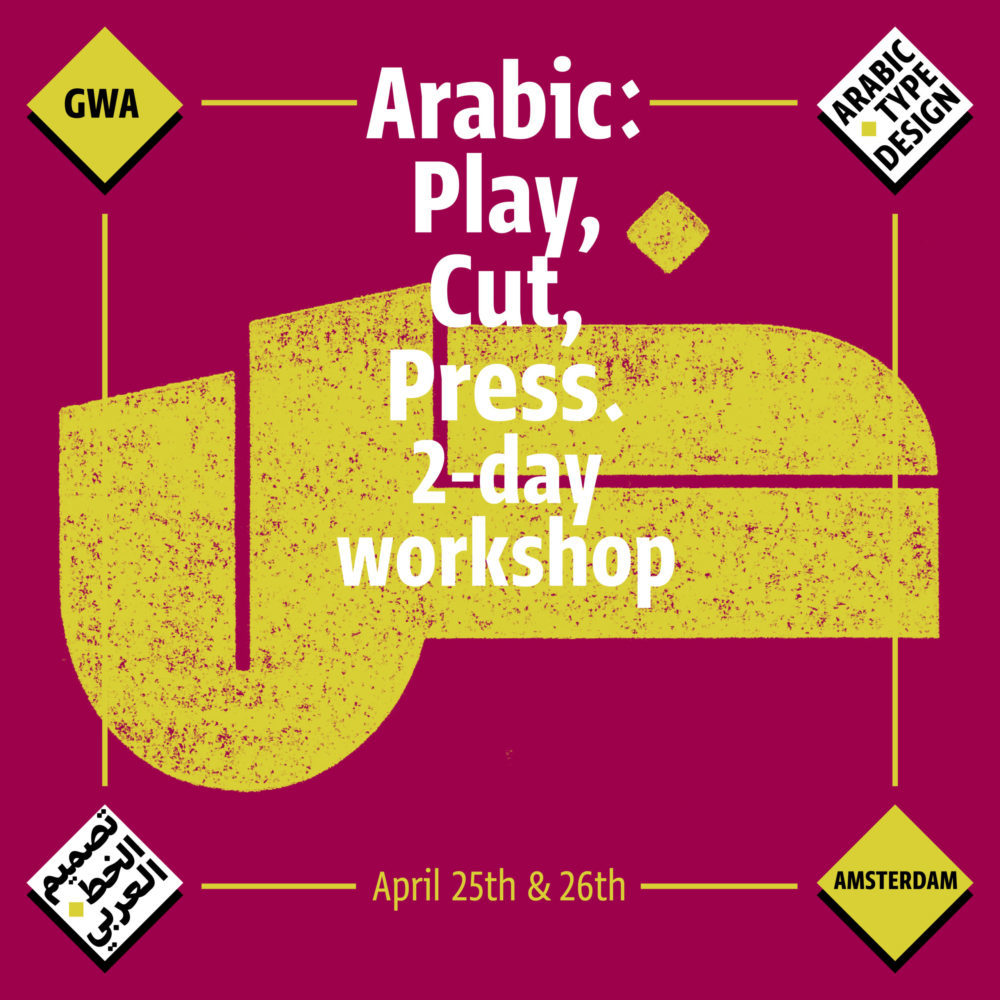 This workshop will be rescheduled,
due to the coronavirus 2020.

GWA invites the Arabic Type Design – Beirut workshop series to fly to Amsterdam! In this edition, Lara Captan and Kristyan Sarkis will guide you in making Arabic letters and hand print posters. We use lino, brayers and ink and make use of all the presses GWA has to offer.

After choosing a historical form of any Arabic letter, you will be guided by the two designers and can start playing with its shape to finally create your own, unique, Arabic letter. The workshop will result in hand printed A5 Linocuts, and a poster-booklet created by the different letters of the participants.

Lara Captan (1984) is an independent Arabic type designer & typographer born in Beirut, based in Amsterdam. Since 2005, she embarked on a long, silent road to discover the history and mechanics of the Arabic script with one constant aim: The wish to create Arabic typefaces that spring from the graphic heritage of Arabic writing yet transform the past in search for modernity.

Kristyan Sarkis (TPTQ-Arabic) is a graphic and type designer based in the Netherlands . He has worked in the fields of graphic design and branding, and has taught at the Virginia CommonWealth University (Qatar). As of 2010, he is an independent graphic and type designer, focused in Arabic calligraphy. Twice, he has been awarded the Certificate of Excellence in Type Design and he was also selected as one of the winning entries of Atypl’s Letter.2 competition. More recently, Kristyan was awarded the 1st prize in the Arabic Text Typeface category in Granshan 2012, for his latest Colvert Arabic.

Also available at GWA, but not per se to be used in this workshop: Kanat, the Arabic wood type Lara Captan designed in collaboration with GWA.  Welkom in de werkplaats!

Go to Top
Winkelwagen
There are no products in the cart!
Continue Shopping